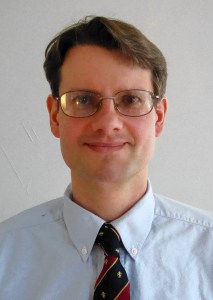 James Stacey Taylor is an Associate Professor of Philosophy at The College of New Jersey. Branded a heretic by the London Times for his arguments in favor of legalizing markets in human organs in his book Stakes and Kidneys: Why markets in human organs are morally imperative (Ashgate, 2005) he is also the author of Practical Autonomy and Bioethics (Routledge, 2009), and Death, Posthumous Harm, and Bioethics (Routledge, 2012). He is the editor of Personal Autonomy: New essays (Cambridge University Press, 2005) and Death: Metaphysics and Ethics (Oxford University Press, 2013). He is currently working on a book on the ethics of using compensated donation to procure blood and blood products.

In addition to his academic writing he has authored numerous Op-Eds on bioethical issues which have appeared in publications including the Los Angeles Times, the New York Daily News, and USA Today. (One of his award-winning Op-Eds for the Los Angeles Times was credited with influencing the ruling of the 6th District Court circuit that led to the legalization of payment for bone marrow.) He is an occasional contributor to National Public Radio and has been quoted in The New York Times.

He currently lives with his wife and daughter on a (very) small farm that they’ll be turning back into a dairy as soon as they acquire the necessary cows. In the meantime, he is forced to rise at insanely early times each morning to tend to the various needs of chickens, lazy hunting dogs, pointless cats, and bees.