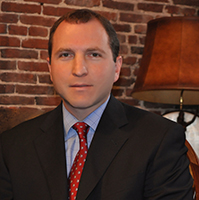 James A. Swartz is a founding member and the current director of World Against Toys Causing Harm (W.A.T.C.H.) as well as a nationally prominent trial attorney and consumer advocate.

For years, Mr. Swartz’s organization has issued an annual and widely publicized “10 Worst Toys” list to alert parents and other consumers to the dangers of unsafe toys.

Mr. Swartz helped to research and edit Toys That Kill (Vintage Books/Random House 1986). Swartz has appeared in numerous media venues, including Take It Personally on CNNfn, Newsfront on MSNBC, Legal Cafe on COURT TV, as well as news reports and interviews with CNN, UPI, CBS, USA, CNN and TALK AMERICA Radio Networks, as well as many others.