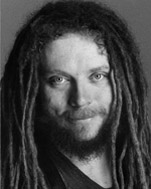 Jaron Lanier is a computer scientist, composer, visual artist, and author who writes on numerous topics, including high-technology business, the social impact of technological practices, the philosophy of consciousness and information, Internet politics, and the future of humanism. In 2005 Lanier was selected as one of the top one hundred public intellectuals in the world by Prospect and Foreign Policy magazines, and the Encyclopedia Britannica includes him in its list of history’s 300 or so greatest inventors.

A pioneer in virtual reality (a term he coined), Lanier in the early 1980s founded VPL Research, the first company to sell VR products, and lead teams creating technology for medicine, design, and numerous other fields. Since Sun Microsystems acquired VPL’s seminal portfolio of patents related to Virtual Reality and networked 3D graphics in 1999, Lanier has collaborated broadly with researchers in machine vision, computational neuroscience, cell biology modeling, and other disciplines defining the border between human cognition and the rest of the world. One major recent investigation, into what he has dubbed “Phenotropics,” concerns rejecting traditional protocol-based approaches in favor of statistical and pattern-recognition techniques to bind software components together in order to improve large scale reliability.

Lanier is currently Visiting Scientist at Silicon Graphics and an External Fellow at Berkeley’s International Computer Science Institute, and is a visiting faculty member of one sort or another at the Thayer School of Engineering at Dartmouth, the Interactive Telecommunications Program of the Tisch School of the Arts at New York University (where he is a visiting artist), and at the Columbia University Computer Science Department. He also serves on numerous advisory boards.

Additionally, Lanier is a musician and artist. He has been active in the world of new “classical” music since the late seventies, and writes chamber and orchestral music. He is a pianist and a specialist in unusual musical instruments, especially the wind and string instruments of Asia. He maintains one of the largest and most varied collections of actively played instruments in the world and has performed with artists as diverse as Philip Glass, Ornette Coleman, George Clinton, Vernon Reid, Terry Riley, Duncan Sheik, Pauline Oliveros, and Stanley Jordan. Lanier’s paintings and drawings have been exhibited in museums and galleries in the United States and Europe.

His writing appears in the New York Times, Discover, the Wall Street Journal, Forbes, Harpers Magazine, The Sciences, Wired Magazine (where he is a founding contributing editor), and Scientific American. He has appeared shows such as “The News Hour”, “Nightline” and “Charlie Rose”, and has been profiled on the front pages of the Wall Street Journal and the New York Times.

Lanier has no academic degrees.