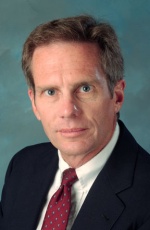 Jeffrey Rogers Hummel is an associate professor of economics at San Jose State University and a research fellow at the Independent Institute. Hummel is the author of the book, Emancipating Slaves, Enslaving Free Men: A History of the American Civil War. His articles have appeared in the Journal of Economic History, Texas Law Review, International Philosophical Quarterly, The Independent Review, Review of Austrian Economics, Journal of Libertarian Studies, Reason, and numerous other publications. He has contributed to the Encyclopedia of American Business History and Biography and the Independent Institute book, Arms, Politics, and the Economy. He received his Ph.D. in history from the University of Texas at Austin, and he has been Associate Adjunct Professor of Economics and History at Golden Gate University, Publications Director at the Independent Institute, William C. Bark National Fellow at the Hoover Institution, and a U.S. Army tank platoon leader.