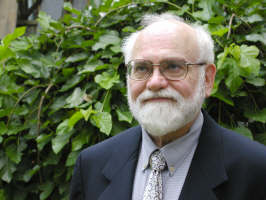 Jerome H. Barkow is a professor emeritus of anthropology at Dalhousie University. His anthropological work has frequently been conducted from the perspective of evolutionary psychology, in which he is one of the pioneers. He is the author of dozens of publications and has conducted field research in West Africa, Nova Scotia, and Indonesia. He is the editor, notably, of Missing the Revolution: Darwinism for Social Scientists and The Adapted Mind: Evolutionary Psychology and the Generation of Culture. He has also applied his expertise in considering the question of cooperation and altruism among extraterrestrials in a series of publications in various outlets.

Barkow holds a BA in psychology from Brooklyn College and an MA and PhD in human development from the University of Chicago.