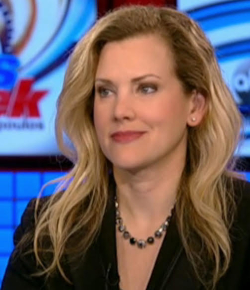 Jesselyn Radack heads the Whistleblower and Source Protection Program (WHISPeR) at ExposeFacts. Her work focuses on the issues of secrecy, surveillance, torture, and drones, where she has been at the forefront of challenging the government’s unprecedented war on whistleblowers, which has become a war journalists, hacktivists, and those who reveal information that the public has right to know but the government wants kept secret.

Among her clients are national security and intelligence community employees who have been investigated, charged, or prosecuted under the Espionage Act for allegedly mishandling classified information, including drone whistleblowers Brandon Bryant and Daniel Hale, CIA whistleblower John Kiriakou, and NSA whistleblowers Edward Snowden and Thomas Drake. She also represents clients bringing whistleblower retaliation complaints in federal court and other administrative bodies. Previously, she headed the National Security and Human Rights program at the Government Accountability Project, served on the DC Bar Legal Ethics Committee, and worked at the Justice Department both as a trial attorney and legal ethics advisor.

Ms. Radack has testified before the U.S. Congress, European Parliament, Council of Europe and Germany’s Bundestag. The author of TRAITOR: The Whistleblower & the “American Taliban,” Ms. Radack has written prominent opinion pieces that have appeared in the New York Times, Wall Street Journal, L.A. Times, Washington Post, Guardian, and numerous academic law journals. She received the Sam Adams Associates for Integrity in Intelligence Award in 2009, the Hugh M. Hefner First Amendment Award in 2011, and was named one of Foreign Policy magazine’s Leading Global Thinkers of 2013. She served as a Woodrow Wilson Visiting Fellow for 2014-2016.