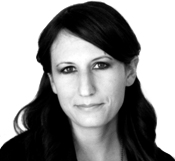 Jessica Bennett is a senior writer at Newsweek and The Daily Beast, where she covers social issues, culture, gender and sexuality. She’s written on the perils of cyberbullying, online privacy law, the rise of polyamory, and attended a pot school called “Oaksterdam” for a series on the California marijuana debate. She’s written cover stories on virtual worlds, gay bullying and sexism in the media. She is also an editor and producer on The Daily Beast’s Women in the World summit, and coauthors a blog on women’s issues.

A native of Seattle, Jessica has been honored by the Newswomen’s Club of New York, the Society of Professional Journalists, and GLAAD, among other organizations. In 2010, she was chosen by the New York Press Club for the coveted Nellie Bly award, which honors the city’s best young journalist. She lives in Manhattan.

Response Essays: Sure, Men Have It Rough. But Let’s Not Forget about the Women
The Conversation: Where Are the Solutions?