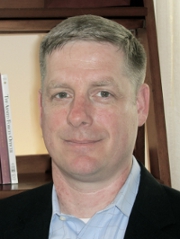 Professor Dehn is a member of the editorial committee of Oxford’s Journal of International Criminal Justice and a J.S.D. candidate at Columbia Law School. He has published and presented in both the United States and Europe on the topics of international humanitarian law, the responsibility to protect, and the war powers of the United States. Last fall, he was the Distinguished Visiting Lecturer in American Public Policy and Practice at Hamilton College where he taught a seminar on war powers. Prior to joining to the faculty at West Point in 2006, Dehn was a U.S. Army judge advocate serving in numerous capacities, including a chief prosecutor and chief of administrative law. As a high-level staff attorney, he played a key role in two detainee death investigations and subsequent prosecutions, and authored changes in deploying unit detainee treatment training after the Abu Ghraib abuses.

Dehn served five years as an airborne artillery and quartermaster officer, earning certifications as a jumpmaster and aerial delivery officer. He holds a B.S. from West Point, a J.D. with highest honors from the University of Oklahoma College of Law, and two LL.M degrees, one from The Judge Advocate General’s School and the other from Columbia Law School, where he was a James Kent Scholar. He is a member of the Order of the Coif, a legal honor’s society, and the Phi Kappa Phi Honor Society.

The views here presented are Professor Dehn’s personal views. They do not represent those of the United States Military Academy, Department of the Army, or Department of Defense.

Response Essays: Targeting Citizens in Armed Conflict: Examining the Threat to the Rule of Law … in Context
The Conversation: Not Lambdin Milligan or Timothy McVeigh, but Johnny Reb?