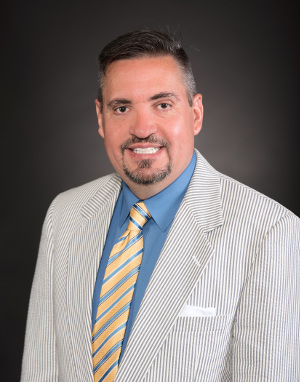 John E. Moser is professor of history, chair of the Department of History and Political Science, and chair of the masters program in American History and Government at Ashland University. He did his undergraduate work at Ohio University and has an M.A. and Ph.D. in history from the University of Illinois at Urbana-Champaign.

At Ashland he teaches courses on modern European, U.S., and East Asian history, and in 2016 he received the university’s Edward and Louaine Taylor Award for Excellence in Teaching. John has published numerous works on subjects ranging from comic books to Japanese foreign policy. He is author of four books, the most recent of which is The Global Great Depression and the Coming of World War II (Routledge, 2015), and three role-playing games in the Reacting to the Past Series, including Japan, 1941: Between Pan-Asianism and the West, published by W.W. Norton in 2020. He lives in Ashland with his wife Monica, their daughter Stanzi, and their three dogs.

Lead Essay: The Political Legacy of World War I
The Conversation: Some Replies on Wilson, Race, and World War I