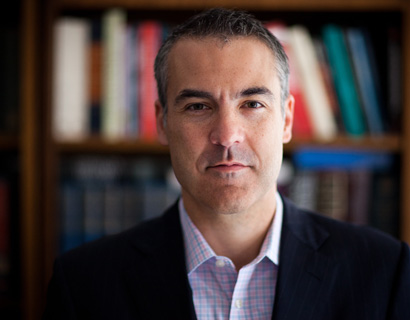 John Fabian Witt is the Allen H. Duffy Class of 1960 Professor of Law at Yale Law School. He is the author most recently of Lincoln’s Code: The Laws of War in American History (The Free Press, 2012), which won the Bancroft Prize for distinguished work in American history. His other books are Patriots and Cosmopolitans: Hidden Histories of American Law (Harvard University Press, 2007) and The Accidental Republic: Crippled Workingmen, Destitute Widows, and the Remaking of American Law (Harvard University Press, 2004).

Witt is also the author of numerous articles in the scholarly press treating the history of law. In the popular press, he has appeared in the New York Times, the Washington Post, Slate, National Public Radio, and others.

Witt holds a B.A. and Ph.D. in history as well as a J.D. from Yale University.