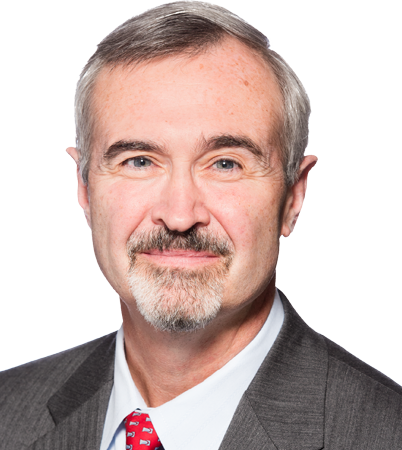 John is Vice President for the Institute for Constitutional Government and Director of the Meese Center for Legal & Judicial Studies at the Heritage Foundation. Before being named director of the Meese Center in July 2013, Malcolm spearheaded the center’s rule of law programs. His research and writing as senior legal fellow focused on criminal law, immigration, national security, religious liberty and intellectual property.

In addition to his duties at Heritage, Malcolm is past chairman of the Criminal Law Practice Group of the Federalist Society, and also serves on the board of trustees of the Washington National Opera, and the board of directors of the Legal Services Corporation, which promotes equal access to justice and provides grants for high-quality civil legal assistance to low-income Americans; Boys Town Washington, D.C., which provides homes and services to troubled children and families who are edging toward crisis; and the Barber Family Foundation, which dispenses college scholarship funds to the children of deserving veterans.

From 2004 to 2009, Malcolm was executive vice president and director of worldwide anti-piracy operations for the Motion Picture Association of America.

He served as a deputy assistant attorney general in the Department of Justice’s Criminal Division from 2001 to 2004, where he oversaw sections on computer crime and intellectual property, domestic security, child exploitation and obscenity, and special investigations. Immediately prior to that, he was a founding partner in the Atlanta law firm of Malcolm & Schroeder, LLP.

From 1990 to 1997, Malcolm was an assistant U.S. attorney in Atlanta, assigned to the fraud and public corruption section, and also an associate independent counsel, investigating fraud and abuse in the Department of Housing and Urban Development. He was honored with the Director’s Award for Superior Performance for his work as an assistant U.S. attorney in the successful prosecution of Walter Leroy Moody Jr., who assassinated an 11th Circuit judge and the head of the Savannah chapter of the NAACP.

Malcolm began his law career as a law clerk to a federal district court judge and a federal appellate court judge as well as an associate at the Atlanta-based law firm of Sutherland, Asbill & Brennan (now Eversheds Sutherland).

Malcolm is a graduate of Harvard Law School and holds a bachelor’s degree in economics from Columbia College. Born in New York City, he grew up in Tenafly, N.J. He and his wife, Mary Lee, currently reside in Washington, D.C. They have two adult children, Andy and Amanda.

Response Essays: Do We Have a Mass Incarceration Problem? Compared to What?