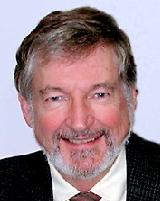 John Mueller is a professor of political science at the Ohio State University as well as the Woody Hayes Chair of National Security Studies at the Mershon Center. Before he took the current position in 2000, he was a Guest Scholar at the Brookings Institution. Prior to that he served as a Visiting Professor at the University of Alberta in Canada (January 1997) as well as at the Comenius University in Bratislava (February – June 1994).

Currently Mueller is working on terrorism, particularly on the reactions (or over-reactions) it often inspires. His A False Sense of Insecurity? published in Regulation in 2004, gives some indication of his approach to the subject, and the ideas there are developed further in Simplicity and Spook: Terrorism and the Dynamics of Threat Exaggeration, International Studies Perspectives, May 2005, and in Six Rather Unusual Propositions about Terrorism, Terrorism and Political Violence, Autumn 2005. His book on the subject, Overblown: How Politicians, the Terrorism Industry and Others Stoke National Security Fears, will be published in November by Free Press.

Mueller is a member of the American Academy of Arts and Sciences, has been a John Simon Guggenheim Fellow, and has received grants from the National Science Foundation and the National Endowment for the Humanities. He has also received several teaching prizes.

Mueller holds both an M.A and Ph.D. in political science from UCLA.

Response Essays: Fearing Fear
The Conversation: Getting to the Specifics