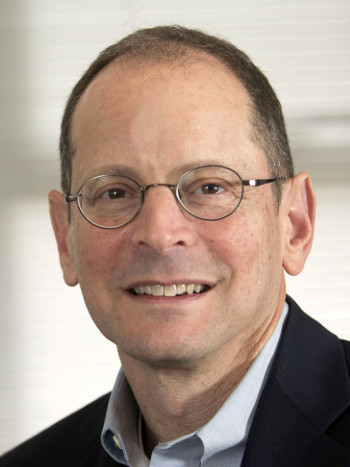 Jonathan Rauch is a Senior Fellow in governance studies at the Brookings Institution. He is the author of six books and many articles on public policy, culture, and government. He is a contributing editor of The Atlantic and recipient of the 2005 National Magazine Award, the magazine industry’s equivalent of the Pulitzer Prize.

His 1993 book Kindly Inquisitors: The New Attacks on Free Thought, published by the University of Chicago Press, defends free speech and robust criticism, even when it is racist or sexist and even when it hurts. His many other books include the 2015 ebook Political Realism: How Hacks, Machines, Big Money, and Back-Room Deals Can Strengthen American Democracy, as well as research on political parties, marijuana legalization, health care, and more.

In 2013, he published Denial: My 25 Years Without a Soul, a memoir of his struggle with his sexuality, brought out as an ebook from The Atlantic Books. His previous book was Gay Marriage: Why It Is Good for Gays, Good for Straights, and Good for America, published in 2004 by Times Books (Henry Holt). Although much of his writing has been on public policy, he has also written on topics as widely varied as adultery, agriculture, economics, gay marriage, height discrimination, biological rhythms, number inflation, and animal rights.

His multiple-award-winning column, “Social Studies,” appeared from 1998 to 2010 in National Journal. Among the many other publications for which he has written are The New Republic, The Economist, Reason, Harper’s, Fortune, U.S. News & World Report, The New York Times, The Wall Street Journal, The Washington Post, and others.

Rauch was born and raised in Phoenix, Arizona, and graduated in 1982 from Yale University.