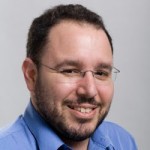 Joshua Gans holds the Jeffrey S. Skoll Chair of Technical Innovation and Entrepreneurship at the Rotman School of Management, University of Toronto, with a cross appointment in the Department of Economics. He is also Chief Economist of the University of Toronto’s Creative Destruction Lab.

Gans is author of the recent book Parentonomics (New South/MIT Press) and the eBook Information Wants to be Shared (Harvard Business Review Press). His research focuses on the nature of technological competition and innovation, economic growth, publishing economics, industrial organisation, and regulatory economics.

He has been published in American Economic Review, Journal of Political Economy, RAND Journal of Economics, Journal of Economic Perspectives, and numerous others. He is the 2007 recipient of the Economic Society of Australia’s Young Economist Award. In 2011 he received, with Fiona Murray of MIT, a grant for almost $1 million from the Sloan Foundation to explore the Economics of Knowledge Contribution and Distribution.

Gans holds a Ph.D. from Stanford University and an honors degree in economics from the University of Queensland.

April 2015 : The End of Asymmetric Information?

Response Essays: It’s Not the End of Regulation