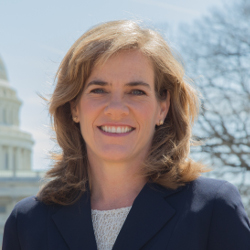 K. Hollyn Hollman is the general counsel and associate executive director of the Baptist Joint Committee for Religious Liberty in Washington, D.C., providing legal analysis of church-state issues that arise before Congress, the courts, and administrative agencies. Her work includes preparing friend-of-the-court briefs, issue briefings for congressional staff, and presentations for research institutions and religious groups. Hollman often discusses matters relating to church-state relations with churches and members of the media, and she has appeared in numerous publications and broadcasts. She also serves as an adjunct professor of law at the Georgetown University Law Center, where she co-teaches the Church-State Law Seminar.

Hollman is a member of the District of Columbia, U.S. Supreme Court, and state of Tennessee bars.