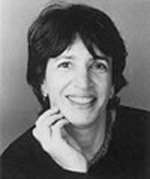 Kay S. Hymowitz is the William E. Simon fellow at the Manhattan Institute and a contributing editor of City Journal. She writes extensively on education and childhood in America.

Hymowitz is the author of the new book Marriage and Caste in America: Separate and Unequal Families in a Post-Marital Age, a compilation of some of her previously published City Journal essays. She examines the breakdown of marriage in the United States and how it threatens the nation’s future.

She lives in Brooklyn with her husband and three children.

Response Essays: The Marriage Gap
The Conversation: Marriage Has Changed, but Is That Good for Children?