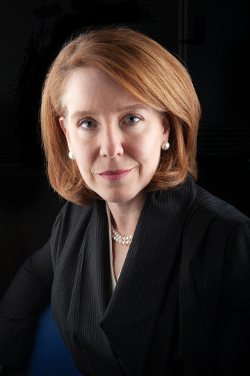 Laurel Miller is the Director of the International Crisis Group’s Asia Program. Prior to joining Crisis Group in 2019, she was a senior foreign policy expert at the RAND Corporation. Her research and analysis at RAND covered a wide range of subjects including conflict resolution, democratization, institution-building, and anti-corruption in countries throughout the world. From 2013 to mid-2017, she was the deputy and then acting Special Representative for Afghanistan and Pakistan at the U.S. Department of State.

During previous U.S. government service, Miller was Senior Advisor to the Assistant Secretary of State for European Affairs, Senior Advisor to the U.S. special envoy for the Balkans, and Deputy to the Ambassador-at-Large for War Crimes Issues. She was directly involved in peace negotiations in Bosnia, Kosovo, and Macedonia. She also served as Director for western hemisphere affairs at the National Security Council.

Miller was a senior expert at the U.S. Institute of Peace, where she focused on constitution-making, rule of law development, and transitional justice. She has been an adjunct professor at Georgetown University’s School of Foreign Service and an adjunct professor of law at Georgetown. Earlier, she practiced law with Covington & Burling in Washington, DC, and Brussels. She was an International Affairs Fellow of the Council on Foreign Relations in Washington. She is a graduate of Princeton University and the University of Chicago Law School.

Laurel edited and co-authored an extensive study of constitution-making processes, “Framing the State in Times of Transition” (USIP Press, 2010). Her RAND publications include “Envisioning a Comprehensive Peace Agreement for Afghanistan” (2019), “Democratization in the Arab World” (2012), “Building a More Resilient Haitian State” (2010), and “Overcoming Obstacles to Peace” (2013).

May 2021 : The Lessons of Afghanistan

Response Essays: A Critique of U.S. Involvement in Afghanistan Focused on “Nation-Building” Won’t Help in Learning Lessons
The Conversation: Our Real Lessons May Still Await Us