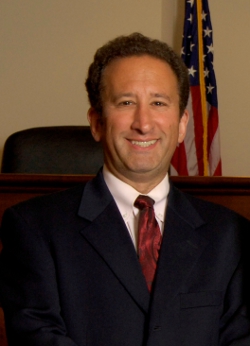 Lawrence Rosenthal is a Professor of Law at Chapman University. He formerly served as an Assistant United States Attorney for the Northern District of Illinois, specializing in organized crime and public corruption prosecutions. He has several times argued before the U.S. Supreme Court; he also clerked for Justice John Paul Stevens. He has published on a wide array of subjects, including the law of counterterrorism and terrorist criminal procedure, same-sex marriage, the Miranda decision, and McDonald v. Chicago.

Rosenthal graduated from Harvard Law School, where he won the Fay Diploma and was an editor of the Harvard Law Review.