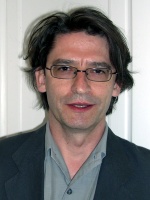 Liam Murphy is a professor of law and philosophy at New York University, working in legal, moral, and political philosophy and the application of these inquiries to law and legal theory.

Subjects of his publications range from abstract questions of moral philosophy (for example, Moral Demands in Nonideal Theory) to concrete issues of legal and economic policy (for example, The Myth of Ownership: Taxes and Justice and “Beneficence, Law, and Liberty: The Case of Required Rescue”). However a central theme of all Murphy’s work is that legal, moral, and political theory cannot be pursued independently of each other; they are, in fact, different dimensions of a single subject. This theme is most prominent in “Institutions and the Demands of Justice,” and “The Political Question of the Concept of Law.”

Most recently Murphy has been working on two book projects. He is writing a book on the central issues of legal philosophy, to inaugurate the series Cambridge Introductory Studies in Philosophy and Law (edited by William Edmundson). He is also at work on a book-length project on contract theory; one theme in this work is the link between contract theory and philosophical discussions of the obligation to keep promises.