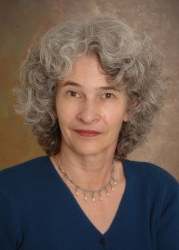 Linda S. Gottfredson is professor in the School of Education and Affiliated Faculty in the University Honors Program at the University of Delaware. An internationally known intelligence researcher, she serves on the editorial board of Intelligence and the board of directors of the International Society for Intelligence Research. She has made seminal contributions to other fields as well, including career psychology, personnel selection psychology, human evolution, and the study of health inequalities. Together with sociologist Robert Gordon, she established the sociology of intelligence, a field that examines how the wide dispersion in intelligence within all human populations creates sociopolitical dilemmas for free nations and shapes or constrains the work, school, and other institutions that cultures evolve over time. Dr. Gottfredson is perhaps most widely known for her clear, rigorous, and forthright analyses of individual and group differences in intelligence. A participant observer in public controversies over intelligence research, she is regularly called upon to distill intelligence research and allied controversy for general audiences (e.g., Wall Street Journal, Scientific American, American Scholar, Wilson Quarterly, Cerebrum). Her research currently focuses on the role of patient intelligence in health self-care, including adherence to treatment, self-management of chronic illness, and injury prevention and self-care. She obtained her BA in psychology from UC Berkeley in 1969, served in the Peace Corps in the Malaysian Health Service from 1969-1972, and received her PhD in sociology from the Johns Hopkins University in 1976.