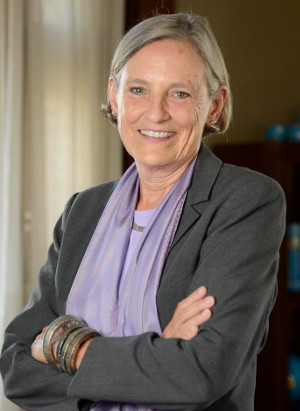 Dr. Anderson served as president of the American University in Cairo for five years, from 2011-2016; prior to her appointment as president, she was the University’s provost, a position she had assumed in 2008. She is dean emerita of the School of International and Public Affairs at Columbia, where she led the school from 1997-2007. She was on the faculty of Columbia since 1986; she has also taught at Princeton and Harvard Universities.

Dr. Anderson’s scholarly research has included work on state formation in the Middle East and North Africa; and on social science, academic research, and public policy both in the United States and around the world. Among her books is Pursuing Truth, Exercising Power: Social Science and Public Policy in the Twenty-first Century (2003); she has also published numerous scholarly articles, including “The Ex-Presidents” (2010), which was inspired by the dilemmas faced by the late president of Tanzania, Benjamin Mkapa, when he confronted leaving office at the end of his constitutionally-mandated second term.

Response Essays: Ex-Presidencies of Laws, Not Men
The Conversation: Joe Biden’s Corvette, Donald Trump’s Papers, and a Last Note on Our Former Presidents