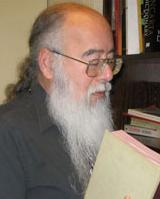 Lomasky has been the recipient of many awards including the 1991 Matchette Prize for his book Persons, Rights, and the Moral Community. Professor Lomasky has held research appointments sponsored by the NEH, the Center for the Study of Public Choice, the Australian National University and Bowling Green’s Social Philosophy and Policy Center.

Lomasky earned his Ph.D. from the University of Connecticut.