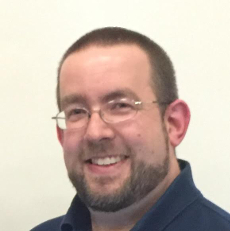 Mark D. White is chair and professor in the Department of Philosophy at the College of Staten Island/CUNY in New York City. He teaches classes in philosophy, economics, and law, and writes and speaks frequently in all three areas. He is the author of seven books, including Kantian Ethics and Economics: Autonomy, Dignity, and Character (Stanford University Press, 2011), The Manipulation of Choice: Ethics and Libertarian Paternalism (Palgrave Macmillan, 2013), and The Illusion of Well-Being: Economic Policymaking Based on Respect and Responsiveness (Palgrave Macmillan, 2014), as well as over 60 journal articles and book chapters.

He is editor or co-editor of many volumes, most recently Economics and the Virtues: Building a New Moral Foundation (with Jennifer A. Baker, Oxford University Press, 2016), and he is the founding series editor of “Perspectives from Social Economics” from Palgrave Macmillan and “On Ethics and Economics” for Rowman & Littlefield International. He has been published in a number of newspaper and websites, including The Boston Globe, The Globe and Mail, and The Guardian, as well as the magazine Psychology Today (at which he is also a frequent blogger). He also writes often for popular audiences on superheroes and philosophy.

Response Essays: Restoring Social Responsibility to Inner Freedom, with Help from Immanuel Kant
The Conversation: Inner Freedom Is Consistent with Family (and Social Ties in General)

Lead Essay: Defending Kant’s Classical Liberalism
The Conversation: Despite Complications and Inconsistencies, the Core of Kantian Ethics Is Classically Liberal