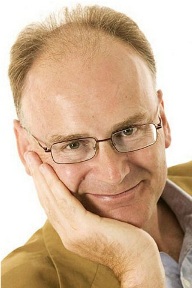 Matt Ridley is a noted science journalist and bestselling author of such books as The Red Queen: Sex and the Evolution of Human Nature (1993), The Origins of Virtue: Human Instincts and the Evolution of Cooperation (1996), and most recently The Rational Optimist: How Prosperity Evolves (2010). His work has focused on what makes humanity distinctive as a species, particularly in its modern aspect.

Ridley’s books have sold over 800,000 copies and have been translated into 27 languages. In 2004 he won the National Academies Book Award from the US National Academies of Science, Engineering and Medicine for Nature via Nurture: Genes, Experience, & What Makes Us Human. In 2007 he won the Davis Prize from the US History of Science Society for Francis Crick: Discoverer of the Genetic Code.