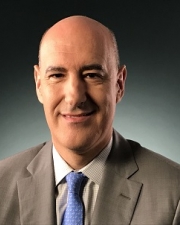 His current research deals with the internationalization of the firm, and with the impact of globalization on patterns of organization and on the diffusion of innovations and crises. His most recent books are The Architecture of Collapse: The Global System in the Twenty-First Century (2016), Global Turning Points (2012), and Emerging Markets Rule (2012). He is also the author or co-author of The New Multinationals (2010), Green Products (2011), Building a Global Bank: The Transformation of Banco Santander (2008), The Rise of Spanish Multinationals (2005), The Taylorized Beauty of the Mechanical (2006), The Limits of Convergence: Globalization and Organizational Change in Argentina, South Korea, and Spain (2001), Models of Management (1994), and The AIDS Disaster (1990).

Response Essays: The Monarchy and the Economy