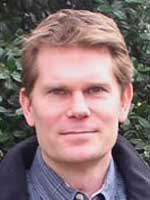 Prior to joining the ACLU, Mr. German served sixteen years as a Special Agent with the Federal Bureau of Investigation, where he specialized in domestic terrorism and covert operations. Mr. German served as an adjunct professor for Law Enforcement and Terrorism at the National Defense University and is a Senior Fellow with GlobalSecurity.org. His first book, Thinking Like a Terrorist, was published in January 2007. He has a B.A. in Philosophy from Wake Forest University and a J.D. from Northwestern University Law School.