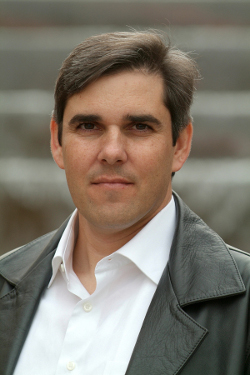 Dr. Michael P. McDonald is Associate Professor of Political Science at the University of Florida and a Non-Resident Senior Fellow at the Brookings Institution. He held a one-year post-doc fellowship at Harvard University and previously taught at George Mason University, Vanderbilt University, and the University of Illinois, Springfield.

Dr. McDonald is a co-principal investigator on the Public Mapping Project, a project to encourage public participation in redistricting.  He is co-author with Micah Altman and Jeff Gill of Numerical Issues in Statistical Computing for the Social Scientist and is co-editor with John Samples of The Marketplace of Democracy: Electoral Competition and American Politics. His research appears in numerous edited volumes and in scholarly journals including American Political Science Review, American Journal of Political Science, Journal of Politics, Public Opinion Quarterly, New York University Journal of Legislation and Public Policy, Duke J. Constitutional Law and Public Policy, Case Western Law Review and the Georgetown Law Review.

Dr. McDonald has consulted to the U.S. Election Assistance Commission, consulted to the Pew Center for the States, served on campaign staff for state legislative campaigns in California and Virginia, worked for national polling firms, been an expert witness for election lawsuits in Florida and Washington, and has worked as a redistricting consultant or expert witness in several other states. His opinion pieces have appeared in The Washington Post, Politico, The Hill, The Milwaukee Journal-Sentinel, The American Prospect, and Roll Call.

He received his Ph.D. in Political Science from University of California, San Diego and B.S. in Economics from California Institute of Technology.