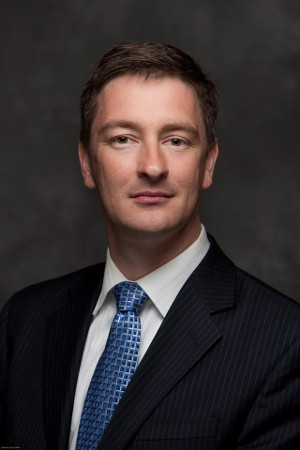 Nicholas Sarwark was first elected as chair of the Libertarian National Committee in June 2014, and he is serving his third term as chair after being re-elected in 2018. As chair, Sarwark has played a prominent role in promoting the party as its chief spokesperson, with appearances in Reason, the Wall Street Journal, the New York Times, Slate, Salon, and the Los Angeles Times, as well as on Fox Business, MSNBC, NPR, and others.

Professionally, Sarwark has been a criminal defense attorney and has worked for over 15 years in the private sector. He also served as a deputy public defender in Colorado, trying more than 30 cases before a jury and arguing cases in front of the Colorado Supreme Court. He also has more than a decade of experience in computer consulting and sales.

He currently lives in New Hampshire with his wife, Valerie, and their four children.