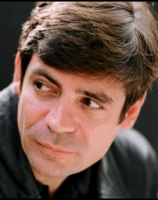 Nick Gillespie is the editor of Reason.com and Reason.tv, and the former editor in chief of Reason magazine. His work has appeared in The New York Times, The Washington Post, The Wall Street Journal, Los Angeles Times, Slate, Salon, and many other publications. He was a regular contributor to the late, lamented satire site, Suck, where he wrote under the name Mr. Mxyzptlk.

He is a frequent commentator on radio and television programs appearing on National Public Radio, CNBC, CNN, C-SPAN, Fox News, and MSNBC. He has also worked as a reporter for several New Jersey newspapers and as an editor at several Manhattan-based music, movie, and teen magazines. He is almost certainly the only journalist to have interviewed both Ozzy Osbourne and the 2002 Nobel laureate in economics, Vernon Smith.

In 1996, Gillespie received his Ph.D. in English literature from the State University of New York at Buffalo. He also holds an M.A. in English with a concentration in creative writing from Temple University and a B.A. in English and Psychology from Rutgers University. Gillespie, the father of two sons, lives in Washington, D.C. and Oxford, Ohio.

Response Essays: So You’re a Subversive Artist, Are You?
The Conversation: Comedy and Moralizing Still Go Together, Sadly