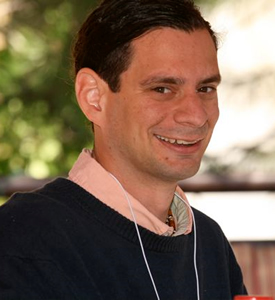 Paul Armentano is the Deputy of the National Organization for the Reform of Marijuana Laws (NORML). His writing and research regarding marijuana and marijuana policy have appeared in approximately 1,000 publications, including CNN.com, The New York Times, The Washington Post, and The Christian Science Monitor, as well as in some two dozen textbooks and anthologies. Mr. Armentano is a 2008 recipient of the ‘Project Censored Real News Award for Outstanding Investigative Journalism.’ He also serves of the faculty of Oaksterdam University in Oakland, where he lectures on the science surrounding the safety and efficacy of medical cannabis. He is the author of the book Emerging Clinical Applications for Cannabis (NORML Foundation, 2007, updated 2011) and the co-author of Marijuana is Safer: So Why Are We Driving People to Drink? (2009, Chelsea Green), which has been licensed and translated internationally. He may be contacted via e-mail at: paul@norml.org.

November 2011 : If Not Now, When? The Slow Rise of Marijuana Reform

Essays: Cannabis’ Impact on Health Justifies Its Legalization, Not Its Criminal Prohibition