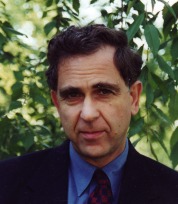 Paul Starr is a Professor of Sociology and Public Affairs, and the Stuart Professor of Communications and Public Affairs, Princeton University. He is the co-founder and co-editor of The American Prospect. His book The Social Transformation of American Medicine won both the Bancroft Prize and the Pulitzer Prize for nonfiction in 1984. His 2004 book The Creation of the Media: Political Origins of Modern Communications won the Goldsmith Book Prize. He is most recently the author of Remedy and Reaction: The Peculiar American Struggle over Health Care Reform (2011).

Starr holds a B.A. from Columbia University and a Ph.D. from Harvard University.

Response Essays: Spare Us from Authenticity

July 2009 : How We Will (or Won’t) Survive without Newspapers

Response Essays: The Public May Need to Subsidize Itself