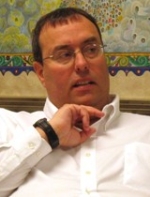 Peter Boettke is a university professor of economics at George Mason University, the BB&T Professor for the Study of Capitalism, vice president for research, and research director for the Global Prosperity Initiative at the Mercatus Center, and the deputy director of the James M. Buchanan Center for Political Economy.

Boettke received his BA in economics from Grove City College and his PhD in economics from George Mason University. Before joining the faculty at George Mason University in 1998, he held faculty positions at Oakland University, Manhattan College and New York University. In addition, Boettke was a National Fellow at the Hoover Institution for War, Revolution and Peace at Stanford University during the 1992-1993 academic year. He has been a visiting professor or scholar at the Russian Academy of Sciences in Moscow, the Max Planck Institute for Research into Economic Systems in Jena, Germany, the Stockholm School of Economics, Central European University in Prague and Charles University in Prague.

Boettke is the author of several books on the history, collapse and transition from socialism in the former Soviet Union — The Political Economy of Soviet Socialism: The Formative Years, 1918-1928 (Kluwer, 1990); Why Perestroika Failed: The Economics and Politics of Socialism Transformation (Routledge, 1993); and Calculation and Coordination: Essays on Socialism and Transitional Political Economy (Routledge, 2001). He is also now the co-author, along with David Prychitko, of the classic principles of economics texts of Paul Heyne’s The Economic Way of Thinking (10th Edition, Prentice Hall, 2002). Boettke has also edited the following volumes, Socialism and the Market: The Socialist Calculation Debate Revisited, 9 volumes (Routledge, 2000); The Legacy of F. A. Hayek: Politics, Philosophy, Economics, 3 volumes (Elgar, 1999), The Market Process, 2 volumes (Elgar, 1998), Market Process: Essays in Contemporary Austrian Economics (Elgar, 1994), The Collapse of Development Planning (New York University Press, 1994), and The Elgar Companion to Austrian Economics (Elgar, 1994). He is also the editor of the journal Review of Austrian Economics

Boettke is also involved with the Global Prosperity Initiative, which is part of the Social Change Project at the Mercatus Center at George Mason University. GPI was founded with the purpose of encouraging an analytical narrative approach to the institutional analysis of development and transition studies. This research seeks to combine an ethnographic style of field research with the analytical structure of economic reasoning to explore the fundamental questions of why some nations are rich and others are poor, and the broad implications of globalization for the liberation of humanity from poverty.

Response Essays: Living Better Together
The Conversation: Constitution Making from the Ground Up

Response Essays: The How, The What, and The Why of the “Culture Matters” Thesis