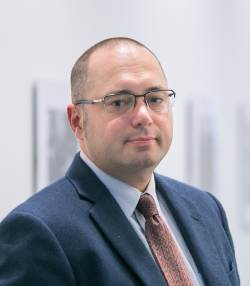 Peter Moskos is an associate professor in the Department of Law, Police Science, and Criminal Justice Administration at John Jay College of Criminal Justice. He is a former Baltimore City Police Officer and a Harvard and Princeton trained sociologist.

Moskos is also a faculty member in CUNY’s Doctoral Programs in Sociology; he teaches introductory police classes at LaGuardia Community College in Queens; and he is a Senior Fellow of the Yale Urban Ethnography Project.

Moskos is the author of three books: Cop in the Hood, In Defense of Flogging, and Greek Americans. He has appeared in the Washington Post, Washington Monthly, the New York Times, CNN, Macleans, Pacific Standard, Slate, and The Chronicle of Higher Education. He blogs at copinthehood.com.

Moskos is currently working on a book about New York’s crime drop in the 1990s, told from the perspective of police officers who were on the job.

Response Essays: The Politics of Prison