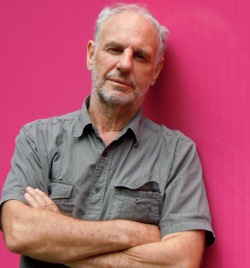 For more than a decade, Dr. Philip Nitschke has been the face of the voluntary euthanasia debate in Australia and around the world.

In 1996, Dr Nitschke became the first physician in the world to administer a legal lethal voluntary injection to four terminally ill patients under the Australia’s Rights of the Terminally Ill Act.

As Founder and Director of Exit International, a leading end of life rights advocacy and information non-profit, Dr. Nitschke has written extensively in the area of voluntary euthanasia and assisted suicide, including two books, Killing Me Softly: Voluntary Euthanasia and the Road to the Peaceful Pill (Penguin, 2005) and The Peaceful Pill eHandbook (Exit International US Ltd, 2006-12). His autobiography, Damned if I Do, with Peter Corris, will be published by Melbourne University Press in 2013.

Dr. Nitschke holds a Ph.D. in applied physics from Flinders University and is a graduate of Sydney Medical School. He is a seven-time nominee for Australian of the Year and is the recipient of many awards including the Rainer Humanitarian Award and Australian Humanist of the Year.

Response Essays: The Decriminalization, and Medicalization, of Suicide