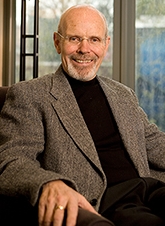 Philip Pettit is the Laurance S. Rockefeller University Professor of Politics and Human Values at Princeton University, where he has taught political theory and philosophy since 2002. Irish by background and training, he was a lecturer in University College, Dublin, a Research Fellow at Trinity Hall, Cambridge, and Professor of Philosophy at the University of Bradford, before moving in 1983 to the Research School of Social Sciences, Australian National University; there he was Professor of Social and Political Theory and Professor of Philosophy. He was elected to the American Academy of Arts and Sciences in 2009 and is also a fellow of the Australian academies in Humanities and Social Sciences.

Pettit works in moral and political theory and on background issues in philosophical psychology and social ontology. His recent single-authored books include The Common Mind (OUP 1996), Republicanism (OUP 1997), A Theory of Freedom (OUP 2001),Rules, Reasons and Norms (OUP 2002), Penser en Societe (PUF, Paris 2004), Examen a Zapatero (Temas de Hoy, Madrid 2008) and Made with Words: Hobbes on Mind, Society and Politics (PUP 2008). He is the co-author of Economy of Esteem (OUP 2004), with Geoffrey Brennan; and Mind, Morality and Explanation (OUP 2004), a selection of papers with Frank Jackson and Michael Smith. Group Agents, co-authored with Christian List, LSE, is in the final stages of preparation and he is currently working on two sets of lectures. One, presented in 2009 as the Blackwell Lectures in Philosophy, Brown University and the Hourani Lectures in Philosophy, State University at Buffalo, is entitled The Conversational Imperative: Communication, Commitment and the Moral Point of View (Wiley Blackwell, forthcoming). The other, presented in 2009 as the Albertus Magnus Lectures in Philosophy, Cologne University, and in 2010 as the Seeley Lectures in Cambridge University, is entitled On the People’s Terms: A Republican Theory of Democracy (CUP, forthcoming). Common Minds: Themes from the Philosophy of Philip Pettit appeared from OUP in 2007, edited by Geoffrey Brennan, R.E.Goodin, Frank Jackson and Michael Smith.

Response Essays: On the Promotion of Liberty
The Conversation: Palmer on Republicanism