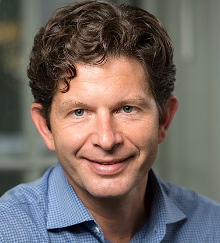 Raymond J. La Raja is a professor in political science at the University of Massachusetts, Amherst whose research interests include political parties, interest groups, elections, campaign finance, political participation and reform. He is co-founder and former editor of The Forum: A Journal of Applied Research in Contemporary Politics and a member of the Academic Advisory Board of the Campaign Finance Institute.  His most recent book, with Brian Schaffner, is Campaign Finance and Political Polarization: When Purists Prevail (U. Michigan Press), which was the winner of the Virginia Gray Best Book Award from the American Political Science Association’s State Politics and Policy section. He is Associate Director of the UMass Poll, which conducts public opinion research in Massachusetts and the United States to inform policymaking. He holds a MPP from the Kennedy School of Government and a PhD in political science from the University of California at Berkeley.

Response Essays: In Defense of Bargaining and Muddling Through
The Conversation: Lessening Political Polarization through Bargaining

Response Essays: How Political Institutions Constrain the Power of Corporate Money in Politics
The Conversation: Why Capitalism Won’t Be Saved by Politics