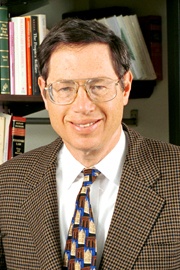 Richard Epstein is the James Parker Hall Distinguished Service professor of law at the University of Chicago Law School. He serves as the Peter and Kirstin Senior Fellow at the Hoover Institution.

A prolific writer and thinker, Epstein has authored or co-authored fifteen books examining legal issues from a libertarian perspective, most recently How the Progressives Rewrote the Constitution (Cato 2006).

Perhaps his most well-known work is Takings: Private Property and the Power of Eminent Domain, where he argues that the government should be treated as equivalent to any other private entity in a property dispute case. Notably, Senator Joseph Biden denounced the book during Justice Clarence Thomas’ confirmation hearings, and the book has continued to serve as a focal point in the argument about the government’s ability to control private property.