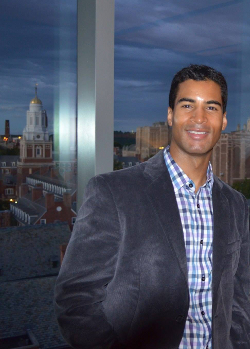 Richard Albert is a tenured Associate Professor and Dean’s Research Scholar at Boston College Law School. In the 2015-16 academic year, he is a Visiting Associate Professor of Law and the Canadian Bicentennial Visiting Associate Professor of Political Science at Yale University. His scholarship focuses on how constitutions change, with a particular focus on constitutional amendment from comparative, doctrinal, historical and theoretical perspectives. He is a former law clerk to the Chief Justice of Canada and has published in the leading peer-reviewed journals on comparative law including the International Journal of Constitutional Law, American Journal of Comparative Law, Supreme Court Law Review, and many others.