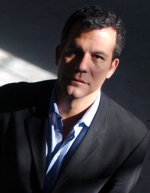 Richard Florida is the Hirst Professor of Public Policy at George Mason University, a senior scientist with the Gallup Organization, and a Senior Fellow with the Brookings Institution.

Florida, author of the bestselling The Rise of the Creative Class, was named one of the Best and Brightest of 2005 by Esquire magazine. The book received the Washington Monthly Political Book Award and was named a leading breakthrough idea by the Harvard Business Review. His latest book, The Flight of the Creative Class, pegs the global competition for talent as the defining economic issue of the modern world economy—and the corresponding need to build more inclusive creative societies, which tap and reward the creativity of all, as the biggest challenge presented by this economy.

Florida believes that human creativity is the engine of economic growth. Every human being is creative, he argues, and for the first time in human history, our economic growth depends on the further development of a wide spectrum of human capabilities.

An entrepreneur, and the founder of two successful companies, Florida earned his Bachelor’s degree from Rutgers College and his Ph.D. from Columbia University. He has taught regional economic development at Carnegie Mellon University, and has been a visiting professor at MIT and Harvard University’s Kennedy School of Government. He lives in Washington, D.C.