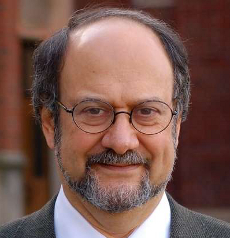 Robert Kuttner is the Meyer and Ida Kirstein Visiting Professor in Social Planning and Administration at Brandeis University. He is the co-founder and co-editor of The American Prospect as well as a longtime columnist for Business Week, The Boston Globe and The Huffington Post. His most recent book is Debtors’ Prison: The Politics of Austerity versus Possibility (Vintage, 2013), as well as Everything for Sale: The Virtues and Limits of Markets (University of Chicago Press, 1988).

Kuttner has served as an investigator for the Senate Committee on Banking, Housing and Urban Affairs, as well as Executive Director of President Carter’s National Commission on Neighborhoods. He is the recipient of the Paul Hoffman Award for Human Development of the United Nations, the Jack London Award for labor journalism, and the John Hancock Award for excellence in business and financial journalism. He holds an M.A. from the University of California, Berkeley.