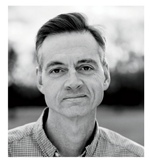 Robert Wright is the author of The Evolution of God, The Moral Animal, Nonzero, and Three Scientists and Their Gods. The New York Timesselected The Moral Animal as one of the ten best books of the year and the other two as notable books of the year. Wright is a recipient of the National Magazine Award for Essay and Criticism and has been a finalist for the National Book Critics Circle Award. A contributing editor at The New Republic, he has also written for Time, Slate, The Atlantic Monthly, andThe New Yorker. Wright has taught in the philosophy department at Princeton and the psychology department at the University of Pennsylvania, and is now a senior fellow at the New America Foundation and editor in chief ofBloggingheads.tv.