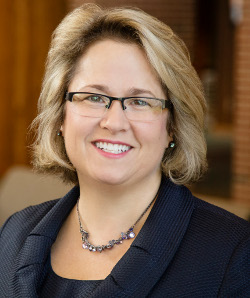 Wilson is the author or editor of eight books, including Same-Sex Marriage and Religious Liberty (2008, with Douglas Laycock and Anthony Picarello, eds.), The Contested Place of Religion in Family Law (Robin Fretwell Wilson, ed.) (under contract with Cambridge University Press), and Faith, Sexuality, and the Meaning of Freedom (William N. Eskridge, Jr. & Robin Fretwell Wilson, eds.) (in conversation with Cambridge University Press). Professor Wilson has worked extensively on state law reform. In 2007, she received the Citizen’s Legislative Award for her work on changing Virginia’s informed consent law. Most recently, she assisted the Utah Legislature to enact the Utah Compromise, balancing LGBT rights with religious liberty protections for traditional marriage. She directs the Fairness for All Initiative at UoI, funded by the Templeton Religion Trust, which hopes to provide other proofs-of-principle in state law that gay rights and religious liberty need not be in tension. A member of the American Law Institute, her work has appeared in New York Times, Washington Post, LA Times, Wall Street Journal, and Good Morning America, among others.

Response Essays: Time for One America, Not Two
The Conversation: Not All Government Expenditures Are a Subsidy to Religion