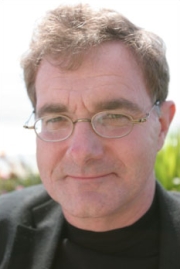 Ronald Bailey is the award-winning science correspondent for Reason and author of the book Liberation Biology: The Moral and Scientific Case for the Biotech Revolution (Prometheus, 2006), and his work appears in the The Best American Science and Nature Writing 2004. In April, 2006, Bailey was shortlisted by the editors of Nature Biotechnology as one of the 22 personalities who have made the most significant contributions to biotechnology in the area of society and ethics in the last 10 years.

Prior to joining Reason in 1997, Bailey produced several weekly national public television series including Think Tank and TechnoPolitics, as well as several documentaries for PBS television and ABC News. In 1993, he was the Warren T. Brookes Fellow in Environmental Journalism at the Competitive Enterprise Institute. From 1987-1990, Bailey was a staff writer for Forbes, covering economic, scientific and business topics. His articles and reviews have appeared in The New York Times, The Wall Street Journal, The Washington Post, Commentary, The Public Interest, Smithsonian, TechCentralStation, National Review, Readers Digest, and many other publications.

Bailey won a 2004 Southern California Journalism Award for best magazine feature for his story, “The Battle For Your Brain,” which delved into the ethical and political conflicts over new brain enhancement technologies. In 2005, Bailey won a first place Southern California Journalism Award for best online commentary for his series on creationism, “Creation Summer Camp.”

Bailey is the editor of Global Warming and Other Eco-Myths: How the Environmental Movement Uses False Science to Scare Us to Death (Prima Publishing, 2002), Earth Report 2000: Revisiting The True State of The Planet (McGraw Hill, 1999), and The True State of the Planet (The Free Press, 1995). He is the author of ECOSCAM: The False Prophets of Ecological Apocalypse (St. Martins Press, 1993).

Bailey has appeared on many television and radio programs, including the NBC Nightly News, National Public Radio’s To the Point and Marketplace, and various C-SPAN programs. He has lectured at Harvard University, Yale University, Morehouse University, the Massachusetts Institute of Technology, Rutgers University, the University of Virginia, and many other places. In 2004, he testified before a congressional committee on “The Impact of Science on Public Policy.”

He is a member of the Society of Environmental Journalists and the American Society for Bioethics and Humanities. He is also an adjunct scholar at the Competitive Enterprise Institute and the Cato Institute.

Bailey, who writes a popular weekly column on science and technology for Reason Online (reason.com), lives in Washington, D.C., and Charlottesville, Virginia, with his wife Pamela.