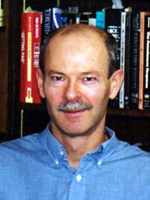 Ronald Weitzer received his PhD in sociology at the University of California, Berkeley in 1985.  He is a professor of sociology at George Washington University, and has published extensively on sex work, human trafficking, and prostitution policies in the United States and Europe.  A current project involves comparative field research on sexual commerce in four European cities.  His edited book, Sex For Sale (Routledge, 2010) is regarded as the seminal collection of studies in the field of sex work.  His recent book, Legalizing Prostitution: From Illicit Vice to Lawful Business (NYU Press, 2012) examines theoretical paradigms, political struggles over prostitution, and the social ecology of legal red-light districts in the Netherlands, Germany, and Belgium.  The book has been called “erudite” (Publishers Weekly), “cogent” (Library Journal), “authoritative and scholarly” (Urban Times), and “intelligent, measured, and comprehensive” (Salon).  Weitzer is co-editor of a special issue of The Annals on human trafficking, to be published May 2014. He is frequently contacted by the media regarding events and issues related to sexual commerce.