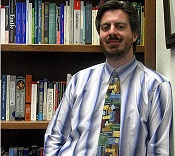 Russell Arben Fox was educated at Brigham Young University and Catholic University of America, receiving his PhD in political theory from CUA in 2001. He has taught at Mississippi State University, Arkansas State University, and Western Illinois University, and is currently the director of the political science program at Friends University, a small liberal arts Christian college in Wichita, Kansas, where he lives with his wife, Melissa, and their four daughters. He has published on communitarianism, German romanticism and the Counter-Enlightenment, early American nationalism, East Asian political philosophy, educational reform, and bicycling. He has lived in Germany and South Korea, but has mostly lost both his German and Korean language skills. He still celebrates their holidays though.