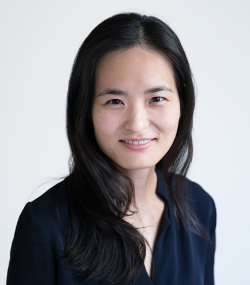 Sarah Seo is a legal historian of criminal law and procedure in the twentieth-century United States at the University of Iowa College of Law. She is the author of Policing the Open Road: How Cars Transformed American Freedom (Harvard University Press 2019), which examines the history of the automobile to explain the evolution of Fourth Amendment jurisprudence and to explore the problem of police discretion in a society committed to the rule of law. Seo has also published in the Yale Law Journal, Law and Social Inquiry, and Law and History Review, among others.

Seo has received grants from the American Philosophical Society and the William Nelson Cromwell Foundation. In 2017, she was honored with the Professor Eric K. Yamamoto Emerging Scholar Award from the Conference of Asian Pacific American Law Faculty and the Dissertation Prize from Law & Society Association. Prior to joining Iowa Law School, Seo received the Samuel I. Golieb Fellowship at NYU Law School and the Charles W. McCurdy/Miller Center Fellowship at UVA Law School.

Seo received her A.B. and Ph.D., both in history, at Princeton University. After earning her law degree at Columbia Law School, she clerked for Judge Denny Chin, then of the United States District Court for the Southern District of New York, and Judge Reena Raggi of the United States Court of Appeals for the Second Circuit. She has also practiced at an international law firm and as a pro bono lawyer.

Lead Essay: From Courtesy, to Discretion… to Heightened Police Power
The Conversation: If Overpolicing Happened to Everyone