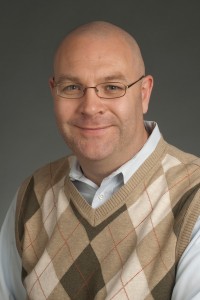 Scott Yenor is a Professor of Political Science at Boise State University, where he teaches political philosophy. His research interests include the politics of the family, the political thought of the eighteenth and nineteenth centuries, and the role of religion in political theory. He is the author of Family Politics: The Idea of Marriage in Modern Political Thought (Baylor University Press, 2011). He is currently a Visiting Fellow in American Political Thought in the B. Kenneth Simon Center for Principles and Politics.

He lives in Meridian, Idaho with his wife, Amy, and his five children. He holds a Ph.D. from Loyola University, Chicago (2000) and a B.A. from University of Wisconsin-Eau Claire (1993).