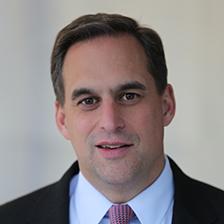 Seth G. Jones holds the Harold Brown Chair, is director of the Transnational Threats Project, and is a senior adviser to the International Security Program at the Center for Strategic and International Studies (CSIS). He is also an adjunct professor at Johns Hopkins University’s School of Advanced International Studies (SAIS). Prior to joining CSIS, Dr. Jones was the director of the International Security and Defense Policy Center at the RAND Corporation. He also served as representative for the commander, U.S. Special Operations Command, to the assistant secretary of defense for special operations. Before that, he was a plans officer and adviser to the commanding general, U.S. Special Operations Forces, in Afghanistan (Combined Forces Special Operations Component Command–Afghanistan). In 2014, Dr. Jones served on a congressionally mandated panel that reviewed the FBI’s implementation of counterterrorism recommendations contained in the 9/11 Commission Report.

Dr. Jones specializes in counterterrorism, counterinsurgency, unconventional warfare, and covert action, including a focus on al Qaeda and ISIS. He is the author of A Covert Action: Reagan, the CIA, and the Cold War Struggle in Poland (W.W. Norton, 2018), Waging Insurgent Warfare (Oxford University Press, 2016), Hunting in the Shadows: The Pursuit of al Qa’ida after 9/11 (W.W. Norton, 2012), and In the Graveyard of Empires: America’s War in Afghanistan (W.W. Norton, 2009). Dr. Jones has published articles in a range of journals, such as Foreign Affairs, Foreign Policy, and International Security, as well as newspapers and magazines like the New York Times, Washington Post, and Wall Street Journal. Dr. Jones is a graduate of Bowdoin College and received his M.A. and Ph.D. from the University of Chicago.