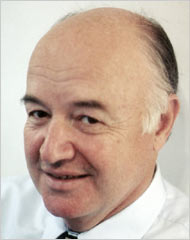 Sol Stern is a senior fellow at the Manhattan Institute and a contributing editor to City Journal. He writes passionately on education reform, and his writings on that topic have helped shape the terms of the current debate in New York City.

Stern is the author of the newly released Breaking Free: Public School Lessons and the Imperative of School Choice. Aside from his work in City Journal, Stern’s articles have appeared in the Wall Street Journal, the New York Times Magazine, Commentary, The New Republic, the Daily News, Newsday, the Village Voice, New York, Sports Illustrated, and The New Statesmen.

Mr. Stern was an editor and staff writer for Ramparts magazine between 1966 and 1972. He then spent the next 12 years as a freelance writer and editor. From 1985 to 1994, Mr. Stern served as Director of Issues, Press Secretary, and Senior Policy Advisor in the Office of the City Council President of New York. In 1994, he was appointed Executive Director of a New York State Commission on Juvenile Justice Reform, where he served for one year. After leaving state government, Mr. Stern returned to journalism.

Mr. Stern grew up in New York City and graduated from Stuyvesant High School and the City College of New York. He received an M.A. in political science from the State University of Iowa and did further graduate work at the University of California at Berkeley. He lives in Manhattan with his wife, Ruth Stern, who teaches in a New York City public junior high school, and their two children, who both attend public school.