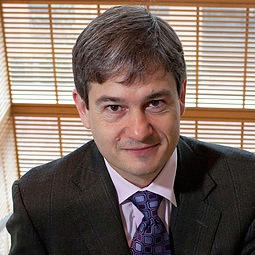 Stephen Ansolabehere is a Professor of Government at Harvard University.

He is co-author of the book The Media Game (Macmillan, 1993, with Shanto Iyengar) and the author of Going Negative

How Political Advertising Alienates and Polarizes the American Electorate (The Free Press, 1996), the lead author of American Government: Power and Purpose, 11th edition (Norton, 2010), and author of The End of Inequality: One Person, One Vote and the Transformation of American Politics (Norton, 2008, with James M. Snyder, Jr.), as well as dozens of articles on topics in American government and political science.

Professor Ansolabehere is a Carnegie Scholar (2000), a Hoover National Fellow (1994), and Truman Scholar (1982) and was inducted into the American Academy of Arts and Sciences in 2007.

Response Essays: What Is the Place of Corporate Money in Democratic Politics?
The Conversation: Empirical Assumptions about Rents